What is chiptune, chipmusic, 8-bit sound ?


I will explain it with simple words and examples. And why is it in english ? Because most of resources are in english (and japanese too !). Commonly on Internet, "chiptune", "chipmusic" and "8-bit sound" mean the same thing. But for me, it is a little bit different.

Just one thing before to start : the difference between the terms "chiptune" and "chipmusic" is not very important ! ;) We do not need to debate during long hours. Historically, the term "chiptune" came before "chipmusic". Today, these terms mean same thing.


So, in general, Chiptune

define music written in sound formats where all the sounds are synthesized in realtime by a computer or video game console sound chip, instead of using sample-based synthesis. The 'golden age' of chiptunes was the mid 1980s to early 1990s, when such sound chips were the most common method for creating music on computers. In short, it is the sound of the first demos and video games. 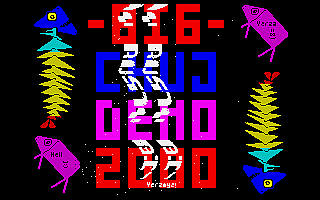 Screenshot of 'Big Chuj' demo by Hooy-program, on ZX Spectrum


Historically, the chips used were sound chips such as :

Yamaha YM2149 on the Atari ST and ZX Spectrum

Ricoh 2A03 on Nintendo Entertainment System (NES) or Famicom

For the MSX several sound upgrades, such as the Konami SCC

(MSX-AUDIO, predecessor of the OPL3) and the OPL4-based Moonsound were released as well, each having its own characteristic chiptune sound.

The Nintendo Gameboy do not have a separate soundchip. It uses digital logic integrated on the main CPU. 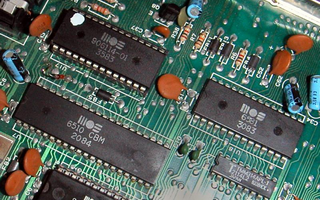 In 1991, few artists (as 4-Mat and Random Voice) composed modules (MOD, IT...) with big chip influences, on digital trackers. They used really short samples. These chiptunes are 'sample based' because no real soundchip are used. However, they respect demoscene and video-games spirit, and sometimes specificities of a real soundchip.

Today, many composers continue to use computers or consoles with real soundchip (Nintendo Gameboy is one of the favorites but Atari ST, Commodore 64 and others are used too !).

Moreover, when the sound is less than 8-bit (1, 2, 3 or 4 bit) it is generally considered as chiptune too. Sound of Nintendo Gameboy is not 8-bit sound at all. The Gameboy sound chip offers four channels with 4-bit sound.

Example of a chiptune in a synthesis emulator :
[mp3] Sz1l1 - Benny Hill Theme - Original remix created with GXSCC on Windows, in 2008

More and more modern machines implement real soundchip. MOS Technology SID (from the Commodore 64) is the most implemented soundchip 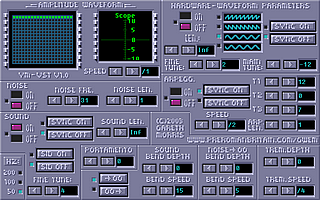 
This term define all music genres referring more or less to 8-bit sound. For me, it means a global term. Inside 'chipmusic' term, we can find other terms :
- 8-bit music

Sure, all styles are represented. The success of chipmusic/chiptune grow each year. More and more professional and non-professional artists use these typical 8-bit sounds !


Shame on all plagiarists, opportunists and non-creative people (artists ? I do not think so) !

Oh No Another Plagiarism - ChipFlip

Timbaland, a famous opportunist producer, ripped off a chiptune of the artist named Janne Suni (aka Tempest). Shame on him ! Read 'Timbaland plagiarism controversy'

A study into the music and culture of chiptunes - Alex Yabsley

Authenticity and emulation : Chiptune in the early twenty-first century - Little-Scale 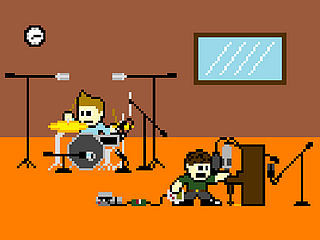 
Thank you to all members of the chiptune/chipmusic forums who helped me.

Welcome on Woolyss Chipmusic : A resource dedicated to audio tracking, chiptune, chipmusic and 8-bit sound. Have a good time ! ;)

This is an old website created in 2007.
Many external links are broken. Consider it as an archived website.